Daniel Morris meets educator Michael Barratt who has recently retired as CEO of the 3-18 education trust following a career of 30 years working in schools.

Poet, dramatist and writer W.B. Yeats once said: “Education is not the filling of a pot but the lighting of a fire.”

Teaching and the nurturing of the young is a privilege currently held as a profession by just over 620,000 individuals in the UK. All across the British education sector there are teachers working passionately to light said fire, and each day they seek to inspire creativity, provoke critical thinking and encourage challenge to conventional ideas.
Shropshire plays host to numerous schools and academies that are proud to devote themselves to helping our young people bring out their best qualities and find out who they truly are, and with this our county is also home to a number of exceptional teachers who are leading the charge.
One, however, has been doing so and making his mark in Shropshire for longer than most.
An educator in the county for 34 years, Michael Barratt has recently – in fact only at last month’s academic year-end – retired from the position of CEO of The 3-18 Education Trust. In this final role in a teaching career that has spanned more than three decades, Michael was responsible for several schools and academies across Shropshire, and the welfare and development of the thousands of children therein.
During his time as a teacher, Michael has held positions in a number of schools in the county – notably both state and independent – and as such, since the 1980s, has played a formative role in supporting and shaping an almost countless number of the county’s young, from a variety of backgrounds.
It has been a journey that he now reflects on with pride and passion.
Following his graduation from university in 1986, Michael – like many young people – was unsure of the career path he would endeavour to take. 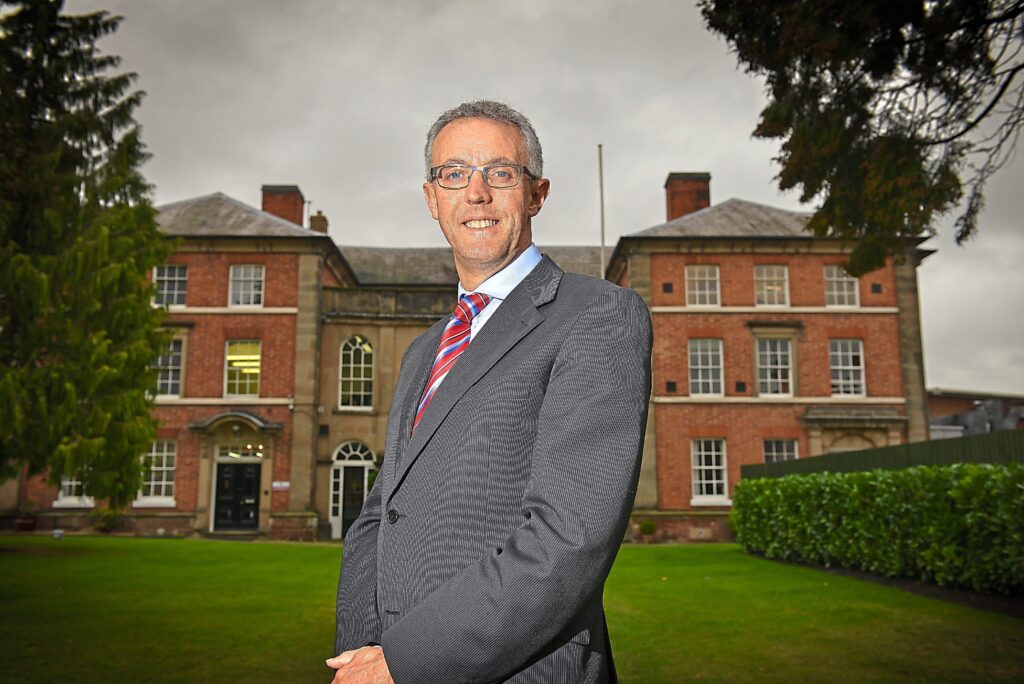 “I graduated in Management and Business, and I spent the next year or so very unsure about where life was going to take me,” he said. “Indeed, I present as something of a case study to the young people who have no idea where to go!
“During that year I pursued various interests based around both sport and music. My father had been a teacher – and whilst he died early, his approach to the work and life of a teacher clearly had an impact on me during my formative years. He embodied the essence of an excellent teacher – that is to educate the whole person – and I have always believed strongly in that ideology; success in the classroom, in whatever context, is almost universally enhanced by the enjoyment of contribution and participation in a range of school areas.” With that in mind, Michael enrolled on a PGCE course in Sheffield and ultimately took up his first teaching job at Shrewsbury School in 1988.
In a PGCE cohort of 145 students, he was the only member of this group to take up their first position at an independent school. “I never really had a calling for a particular context of school,” Michael said. “Rather I have been very fortunate to find schools that have been really enjoyable to work in, with people I have been distinctly honoured and privileged to work with. As long as there was a strong ideology of educating the whole person and a place where I felt I could make some difference, that was the guiding principle of where I chose to work.
“Alongside teaching business studies A-level and a little bit of mathematics, I was able to enjoy and coach a wide range of sport and contribute some musical and thespian interests – chapel choir, big band, jazz band, directing and producing house plays and even being part of a brilliant musical written by the teachers at the school (Jekyll!) which ultimately won a Fringe First award. I was even able to put a group of singers together to perform a range of music from the Gilbert and Sullivan repertoire. It was a busy but very enjoyable time.”
Three years in, Michael was promoted to Head of Department, and after a decade at the school became a house master. After an enjoyable three-and-a-half years in this role however, a new and exciting challenge beckoned.
“I left Shrewsbury in 2002 to become Deputy Headmaster at Adams Grammar School in Newport – now known as Haberdashers’ Adams,” he said. “I spent six years as deputy at Adams, and I absolutely loved working at that school.” In 2008 Michael was appointed as headmaster, and during that time he sustained and developed the school, working with other key staff members to broaden the school’s existing cultural base of music and the arts. “We continued that cultural development so that the arts became a central part of the school – rugby players finished their scrum training and then went down to partake in their house dance practice!
“It really caught the imagination of the young people. We focused on diversity very significantly so that students who could lead in a particular area – from music to sport – could celebrate this, and in fact had a moral obligation to support those who had never experienced this. This provided leadership opportunities for young people across a range of talents.”
Passionate about continuing the school’s cultural development, Michael was instrumental in a monumentally successful fundraising drive to help improve its music facilities and to increase its sixth form capacity, whilst also developing the environment to encourage scholastic pursuits.
“We raised just over £1million-and-a-quarter in 2012/13,” said Michael. “This was a great community achievement made possible through a very strong and supportive committee of parents, local businesses and Old Novaportans (Adams alumni).”
For Michael, however, the journey was soon to move forward to its next milestone.

Taking his experience from his previous posts, Michael was once again keen to make his mark.
“While I was head there, we developed a house system – that was probably my main legacy there,” he said. “That was really well received by the young people. It focussed on the extracurricular side of things and enhancing that to encourage and enable everybody to join in. It developed the sense of belonging, and I absolutely loved what we achieved.”
It would not be long though before Michael’s responsibilities were to increase.
“Towards the end of my second year we started the multi-academy trust that is in place today,” he said. “The Priory School was joined by St Martins 3-16 School, then Coleham Primary School joined the trust in 2017. A couple of years later, Thomas Adams School of Wem joined, William Brooks School joined a year ago. We were also awarded the sponsorship of a brand new Free school (Bowbrook Primary School) in Shrewsbury, due to open in September 2023. Within six months from now we expect Bridgnorth Endowed to have joined us and both Much Wenlock Primary School and Broseley C of E have begun formal discussion to join within a year.” Having begun his headship at The Priory with the care of 840 students, in his role as trust CEO, Michael has ended his career with the care of 4,000. He reflects on a professional journey that he is proud to have devoted his working life to.
“I started teaching 34 years ago and my best guess is that my father started teaching about 70 years ago. I am fairly confident that all good schools do exactly the same thing now as they did when my father started teaching in the 1950s. They all instil the value of hard work, the significance of having a well-rounded school experience and the importance of making good choices.

Though Michael has been looking forward to his retirement, recent personal developments have led him to approach it with a new viewpoint.
“Seven months ago I was diagnosed with both blood cancer and heart disease,” he said. “I have been treated – my treatment is now finished. But when I say that what I plan for in retirement is to be alive and enjoy it, it’s not a trite statement! So my plans for retirement are fluid – it does sound a very obvious cliché, but being able to spend time with my family as a core part of my life rather than at the margins of work is something I look forward to.” Michael speaks of his family with much fondness. He describes his wife, Susanna, and his children, Jaia, Bianca and Joshua, as being his bedrock, scaffolding and cotton wool during his working life. “They have defined me and my purpose,” he said.
In addition to spending time with them, as well as Mia and Raffy, his two grandchildren, he describes an ideal day as involving either cycling, tennis or golf, followed by some joyful music. Though he adds: “This is not always joyful for the listener!”
For those that would follow his footsteps into the world of teaching, Michael’s advice is simple.

“Make sure you bring passion for the subject you teach, and passion for education beyond the classroom – the education of the whole person is what we are there for.”