Bringing nature to the people

Andy Richardson meets members of Shropshire Wildlife Trust as they celebrate their 60th anniversary with the opening of an accessible bird hide.

It’s been a remarkable year for the Shropshire Wildlife Trust. The organisation that brings together communities, volunteers and businesses to champion wildlife is celebrating its Diamond Anniversary.
Among the projects that the organisation has led is the construction of a new hide. That provides people with the opportunity to observe the remarkable wildlife that exists in Shropshire, without disturbing it or intruding into its natural habitat. The hides provide people with a closer connection to nature and helps them to understand the importance of conserving habitats so that native species can continue to thrive.
Across 60 years, it’s witnessed sweeping changes to agriculture, industry and development. Yet despite huge challenges, the Trust has gone from strength to strength.
Earl’s Hill became its first nature reserve when it was acquired in 1964 and the Trust now cares for over 40 nature reserves across Shropshire and Telford & Wrekin. Many of its nature reserves have been purchased thanks to funds raised by members and supporters, in addition to grants and funding donated by a variety of charitable trusts and businesses.
The organisation’s President, Lady Veronica Cossons MBE, is thrilled by the achievement. A long-term participant in the Trust, she has enjoyed a series of memorable moments.
Lady Veronica says: “One of my fondest memories of my time with SWT was Sir David Attenborough’s visit to Telford in 1985. We were busy locally in Telford with “Is there Wildlife in Telford?” and there was a group of very keen people promoting the way areas were being regenerated.
“A Telford branch was launched and David Attenborough came to give a talk at Telford Ice Rink, where the ice was regularly covered to create a venue for events and concerts. It was great fun but as time went by everybody started freezing from the feet up as the effect of the ice came through! Sir David was very good about it, but I think he was frozen by the end of the evening and I think he will remember that event to this day!”
Over the decades, the Trust has been involved with large scale projects, including the Back to Purple Project, which was run in partnership with National Trust and English Nature (now Natural England). Large areas of Shropshire’s upland heath were restored and are now enjoyed by visitors from all over the country.
From 2012, it worked in partnership on the Meres and Mosses Project, which aimed to restore large sections of the UK’s third largest lowland-raised peatbog. The “Meres and Mosses” was the vision of a founding member of the Trust, Charles Sinker, as far back as the 1960s and members are pleased to now have a bird hide open for use at Charles Sinker Fields. 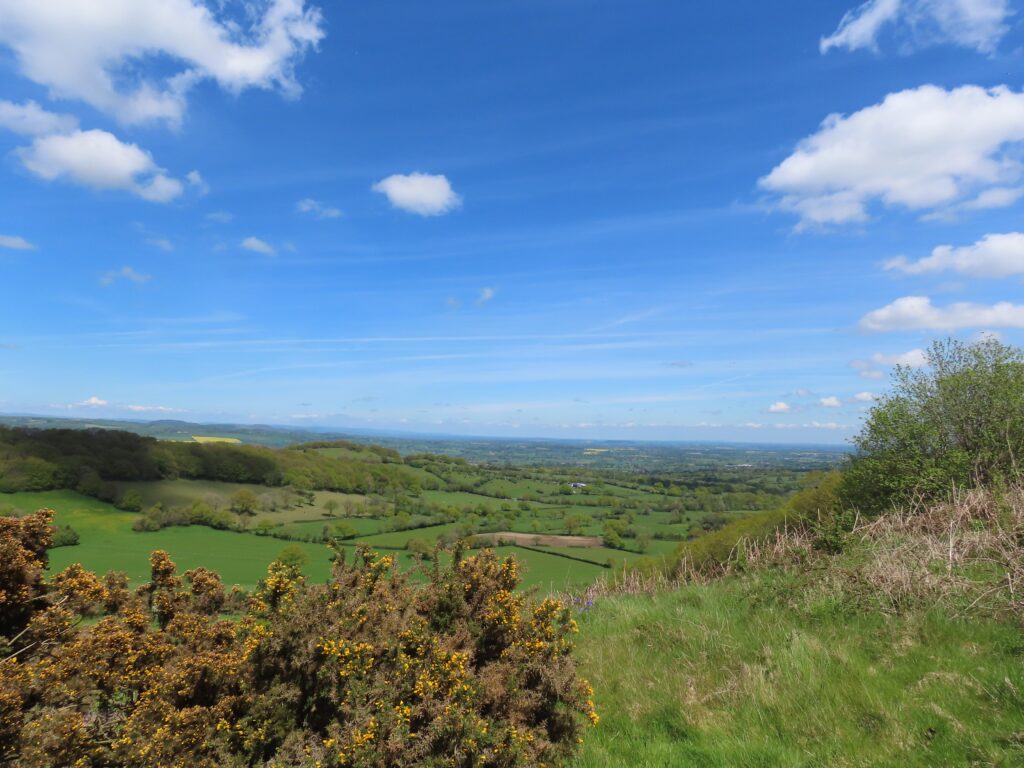 The expansion of the Trust’s Education and Learning department has allowed it to inspire even more young people to connect with nature. It has been fortunate to receive NextDoor Nature funding, which will enable engagement activities to ripple through with a butterfly effect as communities are empowered to take action themselves.
Fergus Walters is one of the organisation’s workers who gets things done. Though he’s only been working for the organisation for around a year, he’s become aware of the way in which its built a legacy through six decades of nature conservation.
“The Shropshire Wildlife Trust has made a huge contribution to the county. I’ve only been involved in it myself for nine months but the things they are doing for nature here and the people who enjoy it are substantial. We have projects that help to connect people with nature, in addition to a lot of interesting restoration projects.
“The Trust is obviously there for wildlife – the clue is in the name – but there’s a real focus on giving people the connection with wildlife. In today’s era, we don’t have that connection as strongly as we used to and so we aim to encourage that and get people more involved.

“When people feel that connection a bit better, they want to do more to support the planet and prevent damage to the environment.”

The Trust works both in rural and urban areas, using different methods to get different people involved.
“People living in a built-up environment will have different challenges to those who live in rural areas. We have a project called Feed The Birds, which is about installing bird feeders in areas where people are socially isolated. That builds human connections as well as the connection with nature. We go round and fill those bird feeders every week, which people love.
“We do guided walks in National Nature Reserves. We do a lot of engagement with schools, like forest schools, and other guided walks for youth groups as well.
“We did a really good project with youth groups on the bog that I work on. It’s about taking the nature to people. We put a really amazing VR drone flight together – it’s really awesome. We’re always looking for new ways to engage.

“Nature is where we’re all from, there are deep roots. So it’s good for people, it makes them happy. We belong to the spaces and they belong to us. There’s a real bond between communities – it’s beautiful, really nice.”

During the 60 years of the Trust’s work, the environment has changed considerably as climate change has taken hold.
“The climate crisis and the biodiversity crisis go hand in hand. It’s interesting, you speak to some older people and they’ll tell you how much the landscape has changed. The baseline has changed. I do feel that this is why the engagement side of it is so important. It’s getting people to act on nature in different places, in cities and towns as well as places of natural beauty. We need to be more resilient. We need greener cities and towns to have less problems with heat islands, which were prevalent during the heatwave.”
The Trust is active on the ground and campaigns on local issues, like the Shrewsbury North West Road. It has made planners aware that the scheme would adversely impact habitats and species all along the route. It would pass within 80m of Hencott Pool SSSI, four Local Wildlife Sites including Shelton Rough, which is already threatened with development. It would add to growing atmospheric pollution and CO2 emissions and destroy the quality and tranquillity of the landscape, particularly in the Severn floodplain.

The Trust has notched up a number of remarkable achievements across its 60 years – but volunteers are looking forward to coming decades and to building on that work.