New lives born out of war

Ukrainian refugees have been given new homes, new lives and jobs by the people of Cleobury Mortimer. Matthew Panter takes up their story 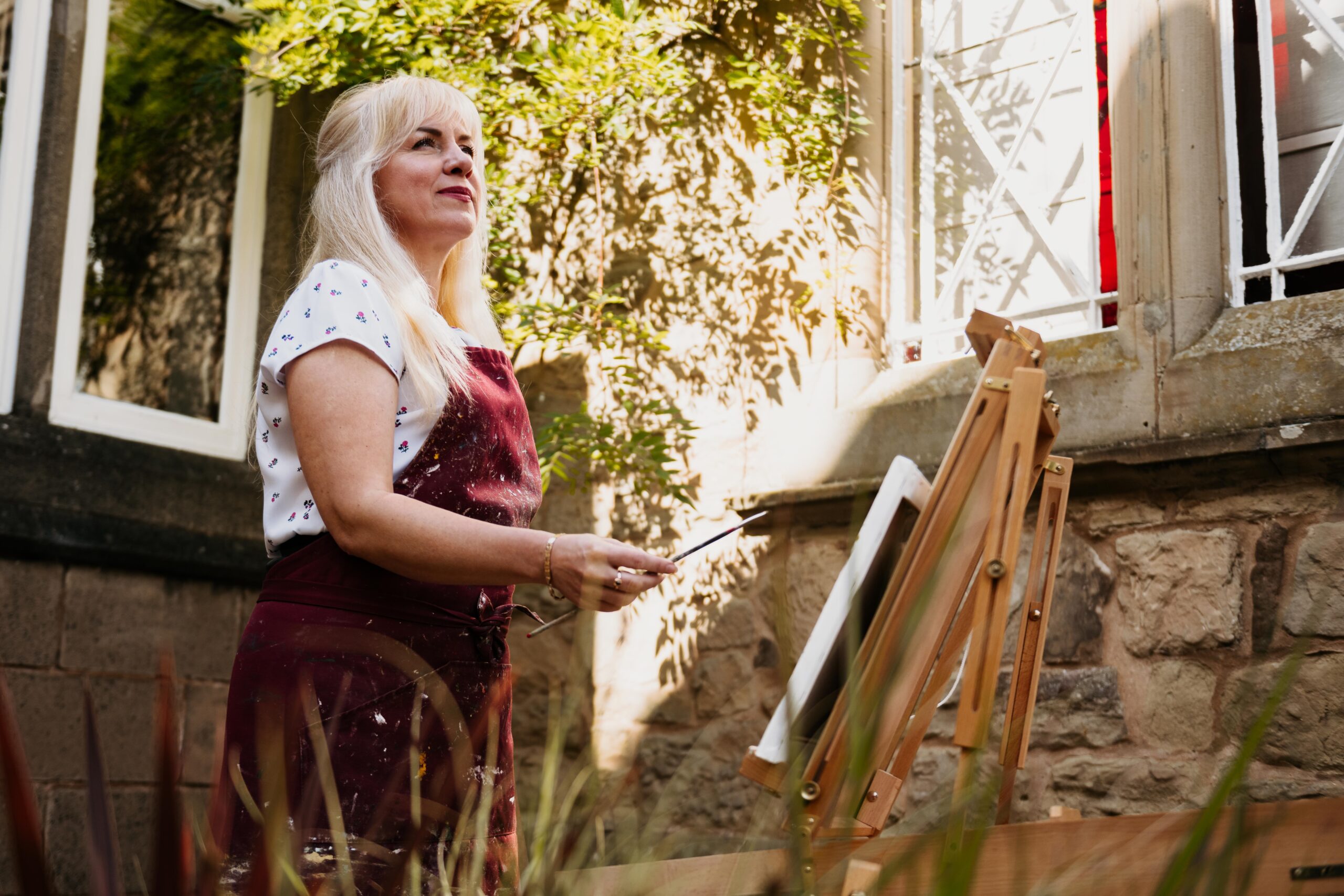 The peace and serenity of a Shropshire town offers an escape from harrowing scenes and the daily horrors of war.Life in Cleobury Mortimer must seem a world away from the dreaded sound of explosions and sirens which many across Ukraine woke up to in the early hours of February 24.Families from the war-torn country have found safe haven here, a warm welcome, jobs and security.  It doesn’t take away from the torment caused by the way in which President Vladimir Putin and the Russian army have mounted a campaign of brutality and destruction on their homeland.Nor does it remove the worry and anxiety – most still have family in the war-ravaged country and have no idea when they will see their home again.But, as guests of families across the county, Ukrainian families are, at least, finding love and support.And they are finding their own way too, settling into life in the county, finding jobs and forging new friendships.   Take artist Svitlana Dzedzei, from Lviv, for example, who is selling her work and now even has a market stall in Ludlow. Svitlana studied and graduated from art school and college in Ukraine but was forced to leave her native country and has settled in Cleobury Mortimer. Her artwork, which has been on display in Ludlow recently, focuses on oil works created in the technique of impressionism, using bright colours and portraying her emotions. Each work indicates the state or feeling of the inner world of people.“I love to paint,” she says. “I like using colours and getting fluidity and emotion into my work. In the early stages of the war, I painted with the raw emotion of what was going on in my country at the time. But now I want to go back to what I was trying to achieve with my paintings prior to the war.”

Svitlana and husband Volodymyr are just two of the Ukrainians who have been given a warm welcome by Salopians.

Volodymyr has found work locally with Pineland and the pair’s host, Paul Serrell-Cooke, says: “Our whole community here has been fantastic, particularly when you consider all the issues going on in the country with the cost of living. “People have been exceptionally kind and generous to our Ukrainian friends. Individuals have offered financial support, school uniform, gifts of musical instruments and more.“And offers of employment have been invaluable. Volodymyr, for example, could barely speak English when he arrived. “The team at Pineland kindly gave him work and he has settled in so well. He gets on with them all like a house on fire and they think he’s absolutely great.“It’s given him a purpose and a salary and when he walks around the village now and anyone from Pineland sees him, they shout across the road. He’s very very popular.” 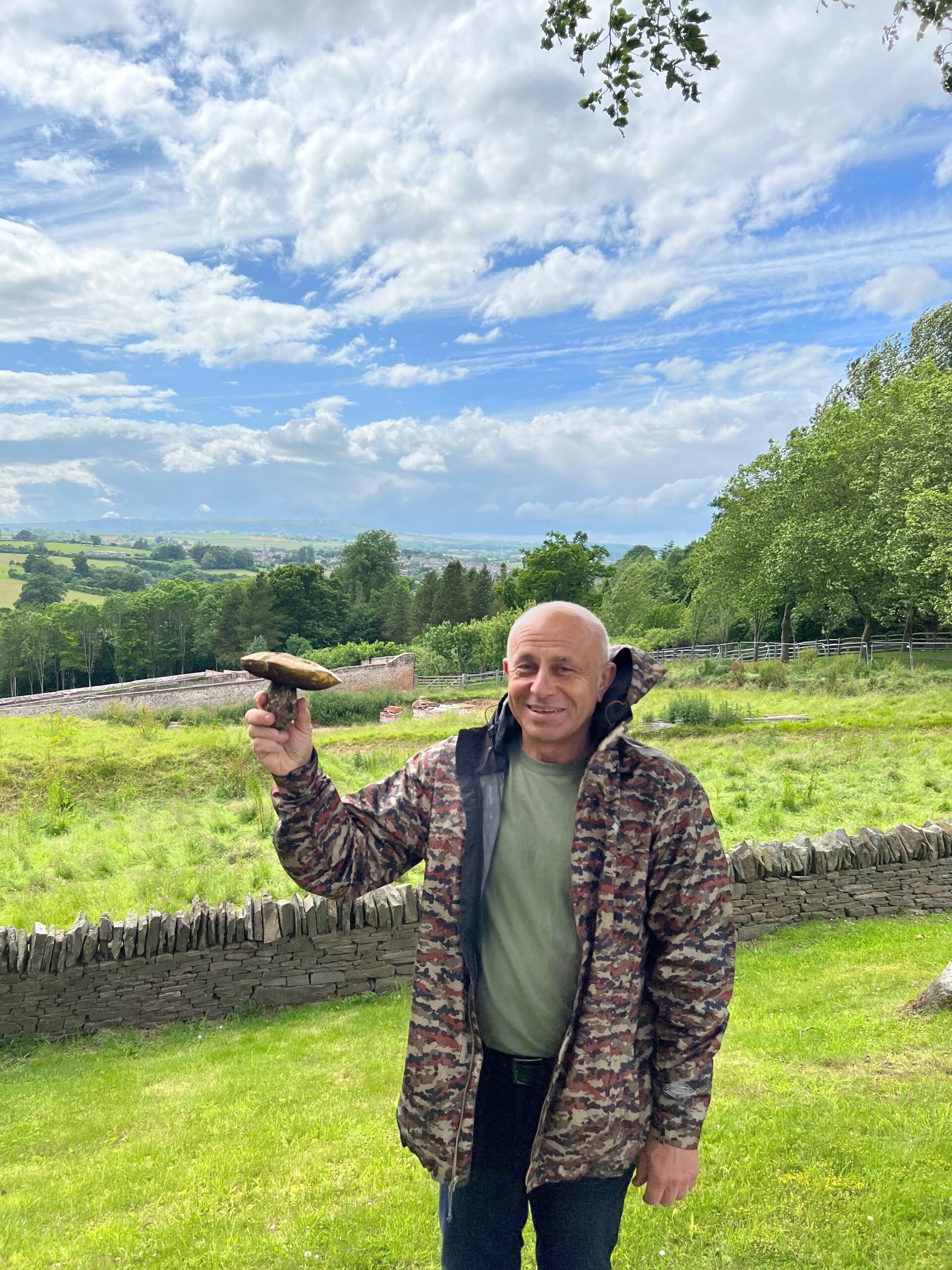 Hobson’s Brewery is another company offering support, employing Olena Konieva, while The Talbot Hotel has also been a source of work. For Paul, giving up part of his home to strangers hasn’t always been easy but he says everyone learns to adapt.“It’s like Christmas, when you have family come to stay,” he says. “You have to learn to cope with it, in the nicest sense.“We have been lucky because we have a lovely family staying with us. They are very pleasant people and they have become friends now, without doubt.

“We are enjoying it, learning a lot about Ukraine. They are just lovely people, with a magic sense of humour and their work ethic is very strong, both at work and around the house. They are always keen to make themselves useful.”

Paul says Cleobury Mortimer’s success in housing Ukrainians has been born out of a tremendous team effort.     Cleobury Mortimer Town Council, for example, has been proactive in earmarking funds for certain support activities such as English lessons and transport costs to attend job interviews. Lacon Childe School and Cleobury Mortimer Primary School have welcomed younger Ukrainian members and provided places for them to continue their education. Cleobury Mortimer Medical Centre has registered the new guests with the NHS and the dental surgery has accepted Ukrainian children as NHS patients. St Mary’s Church, through the local diocese, has also been at the forefront of co-ordinating activities for both guests and hosts. Liz Smith, a Church Warden, reflects: “We are quite a small community but the response has been amazing. Schools have accommodated the children, local traders have stepped up offering services, employers have provided jobs. “As a church, we open up every Thursday night as a space where Ukrainian families can meet up together without anyone else.“They can just talk to each other in their own language and not feel as if they have got to join in our conversation. “They can just get together and be Ukrainian, if you like. We leave coffee facilities out for them and toys for the children, and they can all just talk together about what is going on at home.“They might be here but they still have other family members back in Ukraine, so it’s a constant worry but something they can share among themselves which is important.“What they feel is not going to be what we feel, however sympathetic we are to what is going on. It’s very hard to think about what they have been through and I thank God I have never been in that position.

“It must be appalling to suddenly have to leave everything you have and have known. All we can do is offer them love, kindness and support.”

It’s such support which makes life a little more bearable as our Ukrainian guests wait for the day they can return home.As Svitlana reflects: “There are no words to describe the situation in Ukraine. It’s very terrible. It is catastrophic. Life just stopped.“I am here (in Shropshire) now but every day I think about Ukraine. My heart is there. My emotions are still very much with it. But I want to thank the people here who have been very good and very kind. We are just so grateful.”