Emma Watkins went from farmer’s daughter to duchess of Rutland. Heather Large finds out more about her extraordinary life. 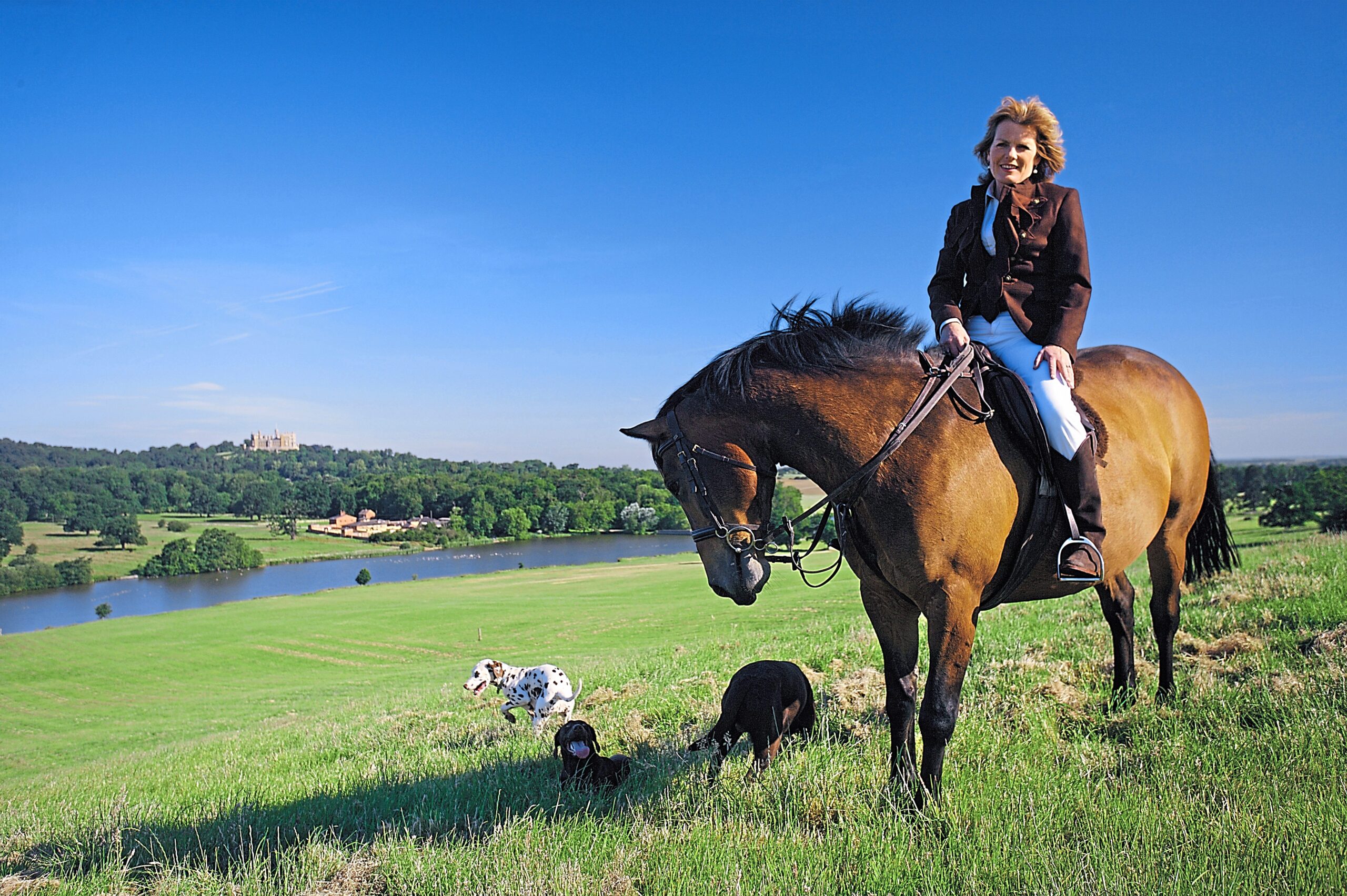 Life changed beyond recognition for Emma Watkins when she fell in love with the future Duke of Rutland.
When she first met David Manners, the pony-mad daughter of a Welsh farmer had no idea that he was heir to one of the most senior hereditary titles in the land.
When David succeeded his father, Emma, who grew up on the Welsh-Shropshire border, became the chatelaine of Belvoir Castle, the ancestral home of the Dukes of Rutland.
Now Emma has shared her story, from her childhood in Radnorshire, now Powys, to her current responsibilities running the commercial activities of Belvoir Castle in her new autobiography, The Accidental Duchess.
But the mother of five freely admits that writing a book about her life had never featured on her to-do list.
“I was approached by the publisher. I didn’t think there was a story to write so it was a bit of a surprise. They said they thought there was a good story. I wasn’t looking to write the story – it came at me,” she explains.
During the three months spent writing the book, she found the process “very cathartic”.
“I was dipping into my memories. I really loved the whole journey of writing it,” says the Duchess.
The book describes how her life changed after becoming the now-Duke’s partner, and later wife, as well as all of the ups and downs along the way.
Emma grew up on the family farm at Heartsease, three miles east of Knighton and went to the local school in Bucknell.
Her father ran a mixed farm, mostly sheep and beef, and her mother ran a B&B from their home.
As a child, she was pony mad and would often work as a beater for the shoot at Grade II-listed Stanage Park riding her pony into the undergrowth to put up the birds and spending every day after school riding her pony through the local fields and woods. 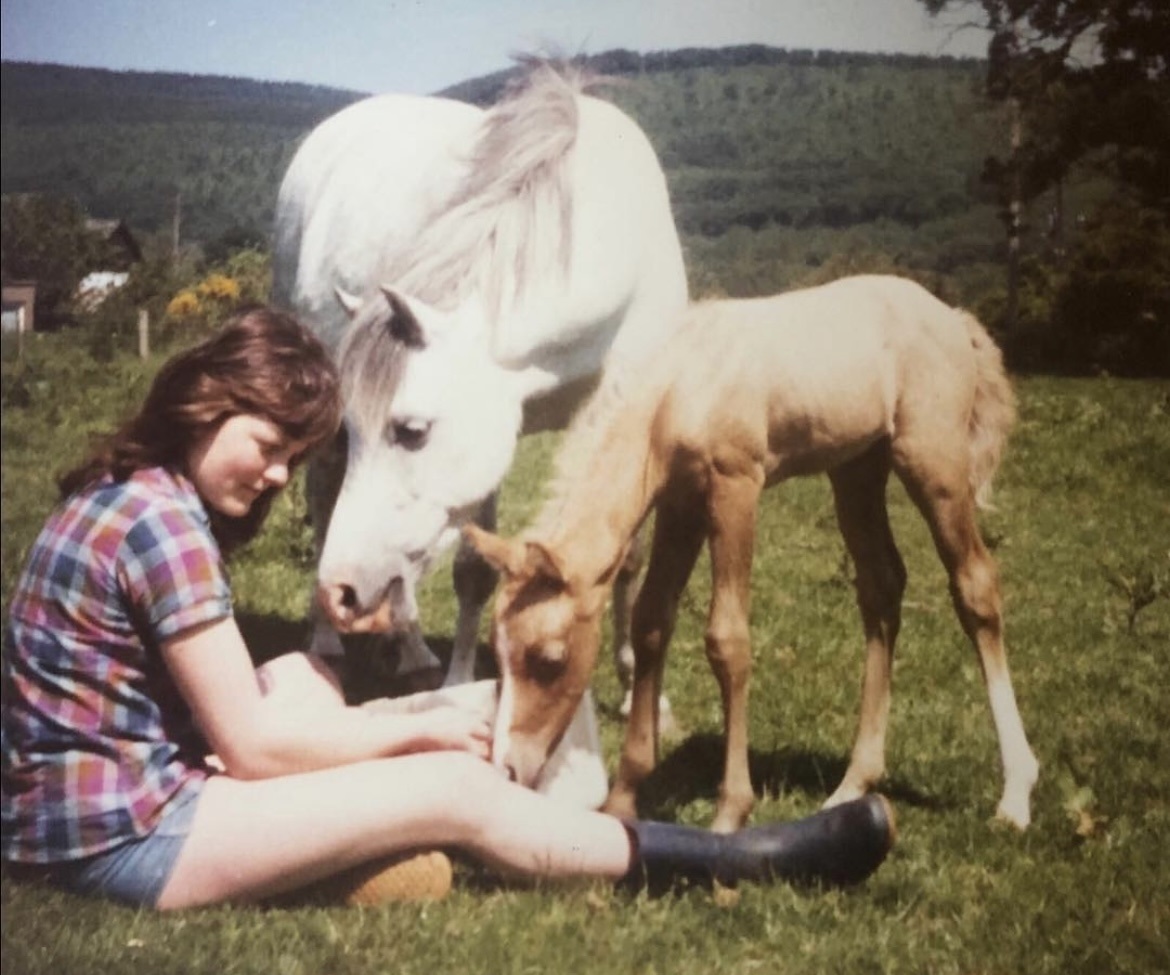 It was in Wales that, having failed miserably at school, Emma – who has previously worked as an estate agent marketing properties in London – started her first business as an interior designer, founding Eardisley Park Interiors with her friend Janet.
At this time she was living with her brother William, who discovered spring water on the family farm Heartsease and started Radnor Hills Spring Water.
Emma’s work as an interior designer led her to meet David at the age of 27.
They were married in 1992 and became the Duke and Duchess of Rutland after the 10th Duke of Rutland, Charles Manners, a former captain for the Grenadier Guards, died in 1999, aged 79.

Belvoir Castle in Leicestershire is said by experts to be one of the finest examples of Regency architecture in the country.

The couple were faced with a vast estate in desperate need of modernisation and staff who wanted nothing to change.
It would be a daunting responsibility for anyone and the Duchess chose to roll up her sleeves and tackle the challenges straight on with optimism and gusto.
“It’s been a wonderful journey of discovery,” she says.
The castle visitors to the estate see today was built for the 5th Duke and Duchess of Rutland between 1801 and 1832.
Elizabeth, the 5th Duchess of Rutland, had been fascinated by her father’s lavish and fashionable improvements at their family home, Castle Howard in Yorkshire.
Sharing her father’s passion for architecture and design, the young Duchess abandoned Capability Brown’s plans to rebuild the castle and chose leading gothic romantic architect James Wyatt to create her dream home.
“I think the thing I enjoy most about the castle are the views. My favourite room is the Elizabeth Saloon because I love Elizabeth who built the castle,” says the Duchess.

If the castle looks familiar, it’s because it stood in for Windsor in popular Netflix drama The Crown.

It has featured in all three series of the worldwide blockbuster charting the ups and downs of the Royal Family as well as films including Young Queen Victoria, Da Vinci and Victoria & Abdul.
Among the well-known faces who have been guests at the castle over the years are Susannah Constantine, known for her TV fashion show with Trinny Woodall, Elizabeth Hurley, Hugh Grant and David Furnish.
In her book, the Duchess recalls Grant staying at Belvoir for a shooting weekend. “He was absolutely terrified of ghosts and the children delighted in playing tricks on him,” she writes.
This included “making scratching noises with their nails on his bedroom door, scuttling away before he could catch them at it”.

“Elizabeth Hurley turned out to have a surprisingly good voice,” Emma also recalls in her book. “She and David Furnish would always do a duet to Elton John’s ‘Don’t Go Breaking My Heart’.”

The Duchess has presented on various television programmes, including ITV’s Castles, Keeps and Country Homes, and has produced a book about Belvoir Castle.

And in 2021, the Duchess created a podcast titled Duchess, where she interviews chatelaines of castles and stately homes throughout the UK.
In her podcast’s first season, her interviewees included Lady Henrietta Spencer-Churchill of Blenheim Palace and Lady Mansfield of Scone Palace.
The Duchess says she enjoys “listening to other people’s challenges” that have often been quite similar to her own.
Over the years, it has become the Duchess’ mission to make Belvoir “what once it was” and to build a business that will support the castle and estate for many generations to come.
Running the commercial activities of Belvoir Castle, including shooting parties, weddings and a range of furniture, means there is never a dull moment.
“I enjoy keeping the bottom line balancing and having a happy, coherent team around me to help me run it,” she says.

The Accidental Duchess by Emma Manners Duchess of Rutland is published by Pan Macmillan, £22